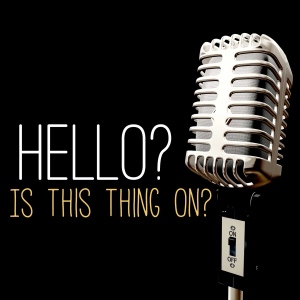 About four years ago, I started on a journey to get Drawn In produced as an audiobook. It was exciting, and I learned a lot in the process, but ultimately it didn’t play out. It’s no one’s fault & there’s no ill will at all, just to be clear.

But now it’s four years later, and I am so ready to try this thing again! I’m on the hunt for my Rennie. So if you are an audiobook narrator (or know one to share this with), give it a shot! It’s open for auditions on the ACX website and I’ve already received a few great submissions!!

This will be a single narrator production, not full cast. I’m looking for one person.

The main character is a 16-year-old girl, standard American accent.

This will be royalty-share (but I am willing to negotiate for the right person if something else is needed).

Ideally, I’ll want to use ONE narrator for all three books in the trilogy. (Book three is still being written.)

Contact me with questions! I’m sooooo excited to get going on this!! 😃

Confession right up front: I’m totally stealing this idea. I follow a great writing blog by Ave Jae (you can find her list here) and I found it so inspiring, and a great way to keep an eye on the prize. It also made me think about what “the prize” really is. Mine will be different since I’m not focusing on traditional publishing. But it’s precisely because of this reason that I want to do this. I think it will help to focus me since I feel a little flounder-y at the moment. So, with a hint from Ava Jae, I’m starting with a few things that I’ve already accomplished (because really, what is better than crossing things off a list?). So here goes…

So there we have it! What’s on your list?

Hi! Welcome to my blog!
I'm really glad you stopped by. You'll find that I write mostly about writing, and my journey to becoming a published author. But occasionally some of the "and such" will sneak in 'cause, you know, life happens. So take a look around, make yourself at home, and have a glorious day! (No really... do it. Glorious, I say!)

Quote of the Week

“You want weapons? We’re in a library! Books! The best weapons in the world!”
— The Doctor