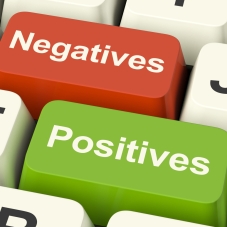 I have to tell you right off… this isn’t a post about attitude adjustments, or mean people taking over the world. Nope, nothing quite so deep for today. This is about a little pet peeve of mine. Allow me to share a story.

Each night before going to bed, we watch an episode of M*A*S*H. Yeah, the show from the late 70s/early 80s with Hawkeye and Hotlips and the whole gang. (In fact, we do this with such regularity that the dog recognizes the ending credits music as a sign that it’s time to go to bed. But I digress.) One such episode centers around two plot points: one) it’s blazing hot in Korea, and two) they’ve been sent placebos (sugar pills) in place of another needed medicine. Hawkeye and BJ convince Klinger that the sugar pills are an experimental drug to regulate body temperature, and he buys it. They are are sitting there hot, sweaty, miserable and in comes Kilinger fresh as a daisy. BJ’s response is to say, “Look at him. He’s sheveled!” I love this because it’s clever, and grammar jokes make me giggle. But the reason it’s clever is that “sheveled” isn’t a word. It ONLY exists in a negative form: disheveled.

And thus began my quest. I’ve been collecting words for a while now that only have a negative form. How is that possible? How can you say something is “dis-” or “un-” or “-less” without having something that you’re actually “dis-” or “un-” or “-less”? Now I have been pleasantly surprised to discover that some of the words I’ve collected actually DO have positive forms, but they’ve fallen into such disuse I didn’t even know they were words. Interesting that the negative form would survive and the thing it is negating did not. Anyway… without further ado. Here is my small collection of bothersome words.

So that’s it. My little list of collected negativisms. And what is my point? I don’t really have one. I just like grammar and words and interesting bits. Do you have any to add to the list? Or any strange pet peeves like this? Share! 🙂

YA author & certified geek View all posts by siouxtrett

4 thoughts on “Positive vs Negative, or When Negative Wins”

Hi! Welcome to my blog!
I'm really glad you stopped by. You'll find that I write mostly about writing, and my journey to becoming a published author. But occasionally some of the "and such" will sneak in 'cause, you know, life happens. So take a look around, make yourself at home, and have a glorious day! (No really... do it. Glorious, I say!)

Quote of the Week

“You want weapons? We’re in a library! Books! The best weapons in the world!”
— The Doctor